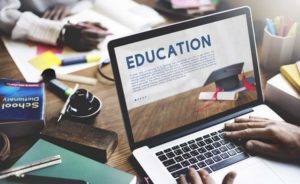 I always knew I would never send my children to a mainstream or public school. My memories of being at school are still quite fresh in my mind. For the most part, they are less than pleasant. I was a popular, kind kid, but didn’t like the daily confrontations with troubled kids or “bullies” that seem to be a British tradition in our school system.

When my eldest reached school age, we were living in the USA and she craved to socialise. We sent her to a Montessori school as we knew little about alternative education and this was the easiest option. She seemed to love it. I remember reading the monthly newsletters about what the children were learning that month; astronomy, Roman history, dinosaurs, the list was impressive, but seemed over ambitious or at least somewhat overwhelming at ages 3 to 5 years!

A couple of years later, we made friends with a family whose children attended a local Waldorf or Steiner school. The mum explained how it was a holistic “head, heart and hand” form of education with strong nature-based (as in natural and nature) influences. I will never forget walking into the classroom for our preliminary interview. I never realised that such a wonderful place could exist for our children, but knew immediately that this was the place all children deserved to be. Beautiful, natural and unimposing, the classrooms felt like a real sanctuary for these children to learn and grow in safety. The teachers spoke softly and sang to get the children’s attention, It worked! The abundance of respect and guidance given to the children made me sad that so few people were aware of this incredible teaching environment. Trouble between children was extremely rare, teasing virtually non existent. Children were taught to love and respect each other, reciting verses each morning to greet one another. Sounds idealistic, I know, but it is real and possible! For more information on Steiner Education visit my LINKS for some of the sites on this alternative schooling that won our hearts at that time.

We ended up moving back to the UK last year to be with my family. We moved to a rural village in North Devon and were saddened to discover the nearest Steiner school was over a hour away. We considered another move to be closer, but where we live is such a beautiful area and the kids have the run of the village, it was just too good to give up. The two eldest kids started to get lonely and after much persuasion, we sent them to a neighbouring village school. It had 70-80 pupils, how bad could it be? Indeed in the beginning, they seemed to thoroughly enjoy making new friends and the activities. However, it soon became evident that things were not OK. They were being troubled by, what I prefer to call, “un-nurtured” children. Children who manipulate and tease and generally act in a manner that far too many people accept as being “normal”. Children who usually act that way because they are being raised by TV or by parents that were teased and think it’s normal to tease their children (however “playfully”). They crave attention, witness a lack respect between parents and other role models. They aren’t taught to respect nature, are criticized and don’t receive adequate nurturing from their parents regardless of gender or age, these children’s needs aren’t met. I simply could not find it acceptable to sacrifice what was good and innocent in my children to those few who dominate the schools. I also found that I missed them. I really enjoy being with my children and watching them grow and learn. It felt instinctively wrong to let people I hardly knew teach my children, whose growth and knowledge I value more than anyone else could!

Bottom line, we pulled them out six weeks later. Despite doubting myself and my ability to homeschool my children (thanks to a virtual lack of support from every one I mentioned it to!), that’s what we ended up doing. I should make clear that we’ve never been very well-off in the finance department, making it week to week is a struggle, but children are the priority in life, not always having the lifestyle some people think both parents need to work to support (I believe if you want a baby at least stay home with her for the first five years. If you want/have to, start a home business or likewise earn money in a way that lets you be with your baby (whole other subject.)) We initially started setting aside time each day for a “lesson”. The kids were really eager and that was very encouraging. But inevitably, with five children, the routine became hard to stick to, and the “lessons” became more infrequent.

We have finally settled into “unschooling”, a whole movement of families who believe in “free-style” learning. No rigid scheduling, the children experience “applied learning”. They get a maths lesson when we shop or bake, they get science when we garden (or when dad does one of his fun experiments!), reading to each other at bedtime, writing to friends, the list goes on. It’s working for us. Socially things are still a little shaky, but there’s ballet, swimming, Brownies etc, even volunteer work at a place of their interest. “Good friends are hard to find” we tell them, but they’re worth the wait.

After about 18 months of living in this idyllic Devon village and unschooling, we found ourselves in need of a change. We made the big decision to move closer to a Steiner School after all. After checking in a few schools we found one that seemed great! It did mean, besides moving a family of seven and pets, moving away from my parents (again), a real toughy. But….the new school looked to be the community we lacked and we were all very excited. The older children needed some “reassurance” that it will not be a repeat of their most recent school experience, but were up for it.
A community was the one major thing we lacked since we returned from the USA and we simply were not able to find or create one where we were, sad as that is. A Steiner school gave us a real head start in that respect, as we all have a common bond, the belief in nurturing and respecting children. Financially, most of the schools are quite flexible, parental involvement is valuable to them also. So we were very excited at this new path in our lives. The School we moved to was The Nant-y-Cwm Steiner School.

2002 Update – Democratic Education
For more information on Rudolf Steiner, Homeschooling or Unschooling and UK Laws on homeschooling-check out LINKS

Ever growing as more people become dissatisfied with the mainstream schools, homeschooling is no one method of teaching your children. Some families follow the national curriculum, some follow a Steiner-based curriculum, some make it up as they go, the point of it is that they are in a home environment. Plenty of parents I have talked to feel incapable of teaching their children, but it is not so difficult as you may imagine. Structured lessons are common, and homeschoolers usually network within their community to gain access to people and other parents with different skills to assist them. There is a strong homeschooling movement in the UK and the USA where support and advice is abundant.

When people think of alternative education, Montessori schools are often the first method brought to mind. Indeed they are very successful ,with some even enjoying government funding. It’s theory is based on the research of Maria Montessori, an Italian doctor at the turn of the last century. The general outlines are that children are given more freedom to learn and experience the world around them than in a main stream school. Children are grouped in 3-year age spans that is believed to help social development. Montessori learning tools are at the centre of the child’s classroom experience.

Based on the premise that if children are provided with a rich and interesting environment, they will learn, unschooling is a valid lifestyle for many families. Unschooling is probably the most “natural” way for children to learn. In their own environment, what they learn is applied to their own experience and very often children learn faster in this environment than in structured forms of education. Naturally though, it’s not for everyone – a secure and rhythmic home life should be in place for this to be successful (as it should be anyhow….)

The most exciting (in my opinion) educational movement sweeping the USA with a few established schools here in the UK, “Free”, “Democratic” or “Sudbury Valley” Schools as they are usually known have taken educational reform and have run with it. At these schools real life is the curriculum. Students learn Life’s most valuable skills: self confidence, concentration, problem-solving, decision-making, academics, personal responsibility and respect for other. By making choices and learning to live with the consequences, students experience the challenges, responsibilities and freedoms of real life while in a caring and supportive environment.

There are no compulsory classes, the children are self-directed learners in a democratic environment of respect and trust and are FREE to pursue their interests on their own terms. Please visit the Sudbury Valley School’s Web Site for more information and reading. In the UK, you can visit the Summerhill School and the Sands School Websites. For a comprehensive list of these schools, go here toSudbury Valley Links Page

A growing movement in association with Human Scale Education, these schools work on the idea that small class size facilitates better learning. The national curriculum is largely followed but with the smaller numbers, better attention is given to the students needs. School sizes range from 6 – 60 students. Information is a little hard to come by as many of these schools don’t yet have a web presence, but follow the link above for more information.

Based on the educational philosophy of Rudolf Steiner, an Austrian scientist/philosopher in the early 1900’s, there are now more than 700 of these schools worldwide. We came across them in the USA, and after investigation found that they offered a very detailed, child-oriented, respectful form of education based on the many stages of natural child development. Any one who visits a Waldorf school (strongly encouraged!) is immediately aware of the reverence that is held for the children in these schools. Steiner education appeals to the genuine nature of the student, at any stage and aims to safely and confidently assist the child’s unfolding intellect. Here are a few points that make Waldorf schools unique:

This is were most children automatically end up and plenty of parents have a lot of trust in these schools to care for their child and turn them out as well-rounded, educated individuals. A national curriculum is followed with schools required to meet certain standards for levels of education to receive their funding. This all to often means that children are pressured to take in more than they are really ready to learn and can result in low self-esteem and stress for the child. I found this form of education to be mostly a way of getting children to “memorise” information as opposed to actually “learning” it and then being able to “apply” it. Social issues and concerns are prevalent in this education system also, simply because “everyone” sends their kids there, so for all the parents who are trying to do the right thing and raise their child respectfully and securely, you will run in to plenty that just want them out of their hair for 6 hours a day and in front of the TV for another 4 hours. Un-nurtured children are all too prevalent and I feel makes for an unhealthy learning environment.